The 2022 FIFA World Cup is finally upon us. Fans have waited four long years for the 22nd edition of the FIFA World Cup, which will be held in Qatar at eight venues across five cities between 21 November and 18 December. This year we will see 32 teams battle it out for the most prestigious title in football history.

Our guide, courtesy of Sports Betting Malaysia, will cover everything you need to know about this thrilling tournament. Get to know more about the history and legacy of the tournament, this year's participating teams, and the host nation. We have everything under one roof - packed with facts, predictions, and the best betting odds. This guide will be the perfect complement to the year's biggest football event.

The FIFA World Cup is an international football tournament contested by men's teams that are members of the Fédération Internationale de Football Association (FIFA). The first-ever World Cup was the 1930 FIFA World Cup in Uruguay, with 13 teams competing. It is usually held every four years.

Fun Fact #2: This resulted in Italy holding the title for a record of 16 years, the longest ever in FIFA World Cup history.

The tournament resumed after World War II with the 1950 World Cup in Brazil. The tournament later on expanded to include 24 teams in 1982 and then to the current 32-teams format starting in 1998. The format change allowed more teams from other continents like Africa, Asia, and North America to participate.

Past Winners of the FIFA World Cup

The past FIFA World Cup winners are Brazil with five titles, Germany and Italy with four each, Argentina, France, and Uruguay with two each, and England and Spain per title. The full list of FIFA World Cup finals is as follows:

Fun Fact #4: World Cup winners can only keep a gold-plated replica of the trophy.

Individual players and teams will be awarded for other accomplishments at the end of each World Cup. The awards are as follows:

Qatar was announced as the host of the 22nd edition of the FIFA World Cup on 2 December 2010 after a successful bid led by Sheikh Mohammed bin Hamad bin Khalifa Al-Thani, a member of the Qatar monarch. This will be the first time the tournament will be held in the Middle East and will be a perfect chance to connect the love of football between the West and the Arab World.

Fun Fact #5: The FIFA World Cup is usually held mid-year. Due to Qatar's extreme summer heat in the mid-year, which can reach up to 50 degrees Celsius or 122 degrees Fahrenheit, the tournament is pushed to the year-end.

The 2022 FIFA World Cup matches will be played in eight stadiums across five host cities. Each stadium is said to be equipped with solar-powered and carbon-neutral cooling technologies, which can help reduce temperatures by up to 20 degrees Celsius or 36 degrees Fahrenheit.

The Qatar stadiums are as follows:

Fun Fact #6: Qatar is the smallest host country by land size and population.

Fun Fact #7: The Qatari culture and lifestyle inspired their Emblem and mascot. This year's mascot is La'eeb, a super-skilled player that resembles the ghutra.

There will be 32 teams competing in this year's FIFA World Cup. They are split into eight groups, A to H. The groups are as follows:

This year's participating teams listed by confederations are as follows:

There will be two stages in the 2022 FIFA World Cup tournament.

Each team in Groups A to H will play against teams of the same group. In short, there will be six matches played in each group. Points will be given at the end of each match in group stages. This is used to determine the team rankings of each group. The top two teams of each group will advance to the knockout stages.

The knockout stage follows the single-elimination match style. This means that the winners of each match will advance to subsequent rounds, while the losers will be eliminated immediately. It will start with the Round of 16, followed by the quarter-finals, third-place, semi-finals, and the long-awaited final match that determines the champion.

Thirty-two teams will compete in the 2022 FIFA World Cup, but only one will emerge victorious. Which team might it be? Will it be the six-time champions Brazil or the defending champion France? Or will it be a dark horse? We at S188 Sportsbook Malaysia have narrowed the top five favourites to win the tournament this year.

Coming in fifth place, we have Spain, who enjoyed success and glory in their previous World Cup appearance 12 years ago. Although the Spanish team did drop in performance since their first World Cup win in 2010, they are picking up the pace again. Now the question is, could they relive their former glory? They just might as they have a team with a balanced mix of veteran players and young silverware-hungry players playing in a more intense tiki-taka style of game. After finishing runner-up at this year's Nation League, La Roja seems to have a promising chance. But first, they will need to advance to the knockout stages by going against well-known contenders Germany, Costa Rica, and Japan in Group E, which could be a roadblock to their World Cup run. Let's see how they fare.

This South American side is in good form right now by scoring goals and winning games. They are on 35 unbeaten games run so far, and they seem eager to beat Italy's record of 37 unbeaten games. This year's FIFA World Cup would be perfect for just that. Their recent international wins, like the 2021 Copa America and 2022 Finalissima, are added boost to their team's confidence and morale. Will Argentina beat Italy and set a new record for the longest record of unbeaten games? Will they win their third World Cup? Let's see how they first play against Saudi Arabia, Mexico, and Poland in Group C.

Will the Three Lions be ready to end their ‘nearly there moments'? We better hope so. They were eliminated in the 2018 FIFA World Cup semi-finals by Croatia at extra-time and were close to lifting the 2020 Euro, eventually losing to Italy in the finals. We are sure they are determined to turn all the frowns upside down and bring their second FIFA World Cup title back home. England will go against Iran, USA, and Wales in Group B. This probably won't be a problem for them as they have the likes of Bukayo Saka, Jordan Henderson, and Harry Kane. Let's see if they can make their fans and country proud and finally say the FIFA World Cup trophy is coming home.

Of course, France would love to defend their title. But first, they will need to break the famous myth that has been going around called the ‘holder's curse'. It is said that the defending champion of each tournament has a high chance of crashing out on the group stage. It all started in the 2002 FIFA World Cup as we've seen none other than France (who were defending champions then) not advancing to the knockout stages. Could they be a victim of this trap once again? We hope not. With skilled players like Kylian Mbappe, Paul Pogba, and Karim Benzema, we could see them cruise in Group D when facing Australia, Denmark, and Tunisia.

Brazil has proved time and time again why they are the most successful team in FIFA World Cup history. They won the tournament six times in 1958, 1962, 1970, 1994, and 2002. They are also the only team qualified for all FIFA World Cup final tournaments and now stand at the top spot for the FIFA men's world ranking. It will be no surprise that they are at the top of everybody's list. We are sure that they are ready to take on this year's FIFA World Cup. With players like Thiago Silva, Neymar Jr., and Alisson, we will see them easily devour Cameroon, Serbia, and Switzerland in Group G.

What makes the FIFA World Cup such a great tournament to watch? Well, one main reason is the showcase of world-class players. We definitely won't see a short of that in this year's tournament. Only the best of the best are chosen to represent their nation. What a time to be alive right now as we get to witness the immense amount of sheer brilliance and skill on the field. We've narrowed our top three players to watch this year.

A player like Son does not go unnoticed. He's regarded as one of the best footballers in Asia. He performed tremendously well for his English club Tottenham last year which has him scoring 23 goals to share the Premier League's Golden Boot with Mohammad Salah. He does not fall short on his international duties as well. He has scored 35 goals for South Korea to make him the country's all-time top scorer. We hope to see him inspire his team to have South Korea create history at this year's World Cup.

Sadio Mane could be one of the best footballers in Senegal after showing what he is capable of for his country during his international duties. He has scored 32 goals, making him the country's all-time top scorer. His most notable performances were his four goals and two assists in the 2021 Africa Cup of Nations and his recent hat-trick for the match for the 2023 Africa Cup of Nations Qualifiers. He may be the catalyst Senegal is looking for in this year's World Cup. We're excited to watch him play and take on his former teammate Virgil van Dijk when Senegal takes on the Netherlands in the group stage.

Lionel Messi is regarded as one of the best footballers in Argentina. He has 88 goals in 163 appearances, making him the country's all-time top scorer. The current captain is eager to take the trophy home and relive their past glories following the footsteps of Maradona. He has won almost all football accolades except for the FIFA World Cup. This may be his last appearance in the most prestigious tournament, thus making it the most important one yet for him personally. We hope to see him retire from international football with a FIFA World Cup medal.

Finding the right site for the 2022 FIFA Betting Malaysia can be hard, but S188 Sportsbook Malaysia is here to make it easier. Read for who to bet on S188. Our site is safe and secure to give you the peace of mind you need. Services like live streaming would be perfect to complement your 2022 FIFA World Cup journey. It's now available on S188 Malaysia Sportsbook.

*Betting odds provided by WBet, be sure to check out all our available odds as well !
**Odds provided here may differ. Head over to WBet Sportsbook for the real-time odds. You don’t want to miss it.

Note: All 64 matches listed here are +8 GMT which applies to those watching in Malaysia.

We hope you've enjoyed our comprehensive guide to the 2022 FIFA World Cup. Don't forget to place your bets on S188! This moment only comes every four years. So best to take it while you can.

Please select a message to be displayed

Prize money for Big Forecast (with every RM1 bet)

Prize money for Small Forecast (with every RM1 bet) 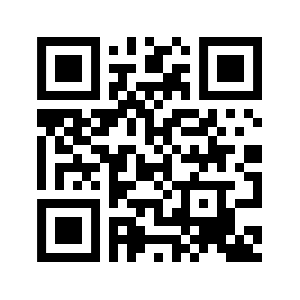